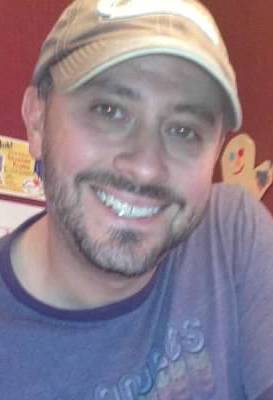 Jason Wayne Dugger, 41, passed away unexpectedly on Sept. 9, 2014 in Dallas, Texas, after complications from an outpatient surgery.

Jason was born on Aug. 19, 1973 in Corpus Christi. He graduated from The University of Texas at Austin where he worked at The Daily Texan and interned at the Austin American Statesman. He earned a bachelor of journalism in 1996, worked at the San Antonio Express News and then joined the sports department at The Dallas Morning News in 1999. Highly respected by his colleagues, he became the design editor of the sports section before leaving the paper in 2008 to begin a career in marketing, sales and graphic design. After working at e-Data, Inc. and Kaba, Inc., Jason joined M-Files, Inc. in February 2014 as Core Marketing Manager.

A life-long Spurs fan, Jason also loved to golf, play guitar, and travel. Those hobbies took a backseat after his children were born. His latest favorite pastime was playing Star Wars with his boys and his childhood action figures. The boys adored their father, and Evan and Ryan were the joy of Jason’s life, his proudest accomplishments.

In lieu of flowers, contributions in memory of Jason and for his sons, Evan and Ryan, can be made through ­­­­­­­­The Dugger Memorial Account. Please contact Prosperity Bank (West Frisco) at

Please enhance this tribute to Dugger, Jason Wayne by adding your condolences or memories. Click Here

The world is a little less bright without the light Jason brought with him every where he went. He was one of those rare people who never met a stranger. My heart goes out to his friends and family, especially his boys. May The Force be with you.

Lauren, Evan, and Ryan,
Our thoughts and prayers are with you. We will remember Jason fondly and wish you peace and comfort knowing that he is watching over you.
Love,
Eric, Karen, and William Stasiunas

Dear family,
You are surrounded by prayers and love.
Blessings of comfort and joy as we remember Jason,
Sandi Wilcox