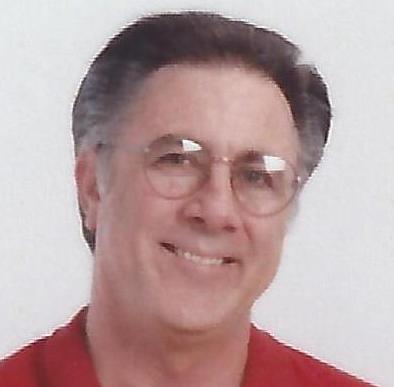 George Bernard Adkins died at his home in Garland, TX on September 25, 2014 after an extended illness. He was born in Oklahoma City, OK on January 2, 1950 to George & Mary Francis Adkins.

He was preceded in death by his parents & older brother Harvey.

He is survived by his wife of nearly 44 years, Barbara, & their beloved pets; his brothers John of Beaverton, OR & Thomas of Norman, OK; & several nieces & nephews.

George graduated from University of Central Oklahoma in 1973. He was a Property Insurance Claims Adjuster for over 40 years. He was an AKC licensed dog show judge, avid golfer, & OU football fan.

In lieu of flowers, please donate to The American Lung Society.

Private services will be held at a later date.

Please send condolences to the family on this website.

Please enhance this tribute to Adkins, George Bernard by adding your condolences or memories. Click Here

I was so sad to learn of Porgie's death. I smile when I think of all the fun we had as kids--wonderful memories that won't be forgotten. Continued prayers for Barbara and family Love Mary Linda

I'm very sorry to hear of Porgie's sickness and passing. May he rest in peace. You and the family are in my thoughts and prayers.
Love,
Lori

We are so sorry to hear about Porgie. Our sincerest sympathy to the family during this very sad time.
Love,
Aunt Donna, Karen, John, Mark, Matthew and Patricia

Very sorry to hear this. I worked with George at Kemper back in the late 70s - early 80s, and kept up off and on. He was a great guy with super sense of humor. RIP George.