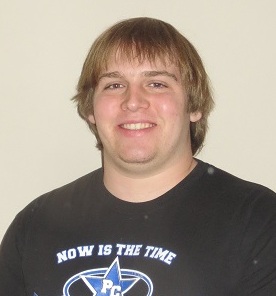 Thomas Ernst Klessig, of University Park, Texas, passed away Tuesday, September 23, 2014 as a result of cardiac arrest. He was born November 16, 1990 in Lewisville, Texas. He attended Highland Park Independent school District and graduated from Highland Park High School in 2009, where he was Co-Captain of the wrestling team, played on the football team and was a member of Iron Sharpens Iron. Although he struggled with illness in his final years, he completed an Associate Degree in Accounting at Richland College in December of 2013.

Growing up, Tom had an unending endurance and competitive nature when it came to sports. He played everything from soccer, baseball and football to golf, tennis and even sailing. His childhood competitiveness continued on through his wrestling career in high school. As a sophomore, Tom won a definitive match at State Duals that clinched the state championship for the team. He had another high point in his wrestling career his senior year as an individual in his weight class when he won fourth at state.

Tom was a member of Boy Scouts of America Troop 802 where he achieved the honors of Order of the Arrow and later Eagle Scout. His Eagle project was construction of board walks for visitors to walk on and enjoy the natural habitat of the Heard Natural Science Museum and Wildlife Sanctuary.

Tom attended Highland Park Presbyterian Church from birth, was baptized there, and later joined after affirming his faith. On Sunday nights, when his parents would have liked to have seen him doing homework, he would often be reading his Bible.

Tom is survived by his parents, Richard and Annie Klessig, his sister Elizabeth ‘Biz’ Klessig and his grandparents Lardner and Mollie Moore, life missionaries in Japan. He also leaves his Uncle John Haines, Aunt Jo Moore Haines, cousins Scott and Michael, his Uncle Lardner Moore, Aunt Melanie Moore, and cousins Mary Kate and Rebecca. He is also survived by his Uncle Cal Dalton, Aunt Connie Dalton, and cousins Diana Starr and David, and finally by Great Aunt Jean Klessig DeBoer and grandfather Ernst Hugo Klessig of Houston. All will miss him.

My deepest sympathy to all of Tom’s family and friends. May you be comforted by wonderful memories. I will remember Tom’s beautiful smile which brightened the hearts of the UP faculty.

My deepest and sincerest condolences during this very difficult time. I will be praying for the Holy Spirit to comfort you as only He can. Much love.

I will always remember that smiling boy who was so kind to me and my son. My tightest hugs to Annie, Richard and Biz.

Richard and family, I just heard of your loss from a past coworker at TI. So sad and I’m so sorry. My thoughts and prayers are with you. Hold tight onto each other. Hugs!

I just found out about Tom’s passing. I am thinking of both of you in this difficult time, and am so sad for your loss.