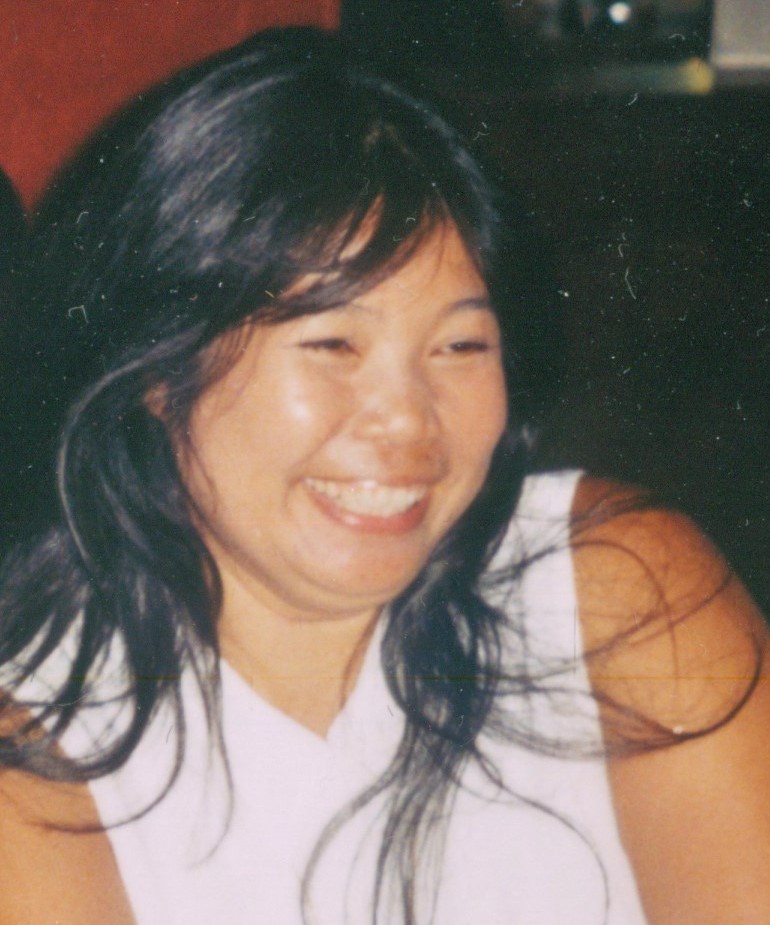 Dara was born in Bangkok, Thailand on March 5th, 1965 and lived there until the age of 17, being raised and educated by her loving grandfather, Pawng Karnngan.

Upon the passing of her grandfather, she joined her mom, dad and other siblings in the U.S. in 1982 to continue her education and become an American citizen. Because of her military family, Dara was able to visit many of the U.S. states. Dara is the daughter of retired Air Force SMSgt. William L. Witt Jr. and wife Amphorn, of Hampton, Virginia.

Following hard work and complete immersion in American culture, Dara graduated from York County High School in York County, Virginia. She attended Thomas Nelson Community College in Hampton, Virginia and Mountain View Community College after moving to Texas in 1998. She met the love of her life, Rocky Chew, while employed at I.B.M in 1999, and they were married June 9th, 2000.

Following her desires; her mom, dad and husband Rocky will accompany her remains back to Thailand to be placed alongside her Grandfather and other family members.

Dara was an incredibly giving and loving person. She will be missed and always remembered and loved, and forever in our hearts. She demonstrated that giving nature by being a registered organ donor, and closed the final chapter of her life on this earth by helping to save three (3) people with life-threatening diseases.

Her husband Rocky, “I have been blessed and honored to have had her be a major part of my life; I will miss her lovely smile, laughter and overall presence; and I will always forever love her and hope to see her again in our next life“.

Please enhance this tribute to Karnngan, Dararat by adding your condolences or memories. Click Here

Rocky & Trinity we are sorry for the loss of your wife & mother Dara. Safe travels to Thailand. Our thoughts and prayers are with you!

Me and Lee was very good friends and still are. I went over there house when I was younger to play the video game with Lee and Ms. Dora would fix us something to eat. My most fondest memories are when Ms. Dora would go outside and work in her front lawn and water the plants. Taking good care of her yard & garden.

Rocky I am sorry to hear of the passing of your wife, Dararat Karanngan. She was a great neighbor to have. In the time of my distress she and Rocky were very compassionate upon my divorce. She was a very caring person not only to me but my son as well, when she seen I was tired from work, she invited my son over to eat with her family. What I am trying to say is that she was not only a good neighbor but a good friend, she went over and beyond her duties as a neighbor and I will truly miss her. My condolences to the family. From your neighbor across the street Fern Moody & Son Josh

We are so sorry for your loss. Our thoughts and prayers are with you!

We are very sorry for your loss. She was a very special and giving person. May she be blessed on her journey back home.