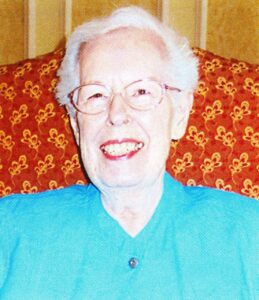 Passed away October 16, 2014 in Dallas, Texas. She was preceded in death by her mother and father, Josephine and Charlie Kennedy, her brother and sister-in-law, Royston and Rita Kennedy. She is survived by her nephews Jim and wife Kris; John and wife Sammie, great nieces Nicole, Katie, Sarah, Ellie and Gabriella Kennedy. She was born in Clarksville, Red River County, Texas, on February 18, 1925, and lived in Austin and Texarkana before moving to Dallas in 1958. She was an Executive Secretary for Lone Star Steel for 20 years and retired in 1986.

She was an active member of Westminster Presbyterian Church where she served as Ruling Elder and Trustee. She was an advocate for the mentally challenged and served as a member of the Citizens Advisory Committee of Dallas County Mental Health, Mental Retardation for several years. She delivered Meals on Wheels Visiting Nurse Association for several years. She was also an active member of the Shepherd Center of North Dallas for many years.

Memorial service will be held November 8, 2014 at 2:00 pm at Three Fountains Retirement Community. Memorials may be made in lieu of flowers to the charity of your choice.

Curt will be missed!

I loved this lady! What a class act. She was smart, funny, and one of a kind! My thoughts and prayers go out to her friends and her family.

Curt is one of my most favorite people in the world. What a unique lady. We’ve all lost an amazing woman. I’ll look forward to hearing her wonderful laugh in heaven.