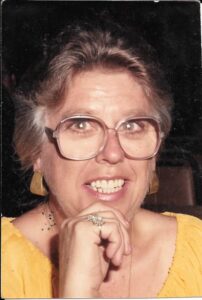 Donnice Marie Bannister Smith of Sherman, Texas, passed away on Saturday, October 18, 2014. She was 70 years old.

Donnice Marie Bannister-Smith born August 11, 1944 in Dallas, Texas to Cleo and Retha Allen. She married Lowell Bannister who preceded her in death on February 5th 1997. Married Calvin Smith who preceded her in death on March 12, 2011. She is survived by her sons, Donald Ray Bannister and his wife Sheila, of Sherman, Texas, and Tommy Edward Bannister and his wife JoAnna Bannister, of Yukon, Oklahoma. She has nine grand kids, Codie, Karlie, Cecelia, Garrett, Triston, Kara, Luke, Emma, and Cassandra. She has one great grandson Brodie of Houston, Texas.

She has five siblings, Alton Allen of Carrollton, Maydale Woodall of Denton, Gladys Marin of Irving, Ronnie Allen of Paris, and preceded in death by Jaquita Brown of Krum.

She worked 20 years at Schnee- Moorehead where she met countless friends that grew to be family. She raised two boys and countless kids she babysat during the summertime, along with neighborhood kids, that flowed through the house lining on Greenwood in Irving, Texas.

She loved spending time with her nieces and nephews at Lake Texoma and Water Valley. She also loved spending the holidays with them and their children. That is when she felt all the love from her family.

Donnice loved traveling, shopping for others at thrift stores, and being around her family and friends. If you spent anytime around her, she became your friend, your sister, or grandmother, and you would look forward to the next time she would come back into your life.

Keeba was loved by all.

Visitation will be held Wednesday, October 22, 2014 at 6:00 p.m. at North Dallas Funeral Home in the Brooks Family Chapel.

My thoughts are prayers are with you all. Donnice was so good hearted & will be missed.

We were so sorry to hear of Donnice’s passing. You have our deepest sympathy. Donnice and Lowell were such good neighbors and friends to my parents Bryan and Evelyn Tucker. Donnice always had such a big smile and wonderful laugh. My mom lives with us here in Austin and sends her sympathy to you all. Donnice was such a big help to mom when my dad passed away in 1994. Just know that people are thinking of you during this hard time.

Aunt Donice. I was heartbroken to hear you had slipped away from us. You were a great lady. You were always so sweet to us as children. I loved going to visit you with my Grandma June. You were always laughing and smiling and it was contagious. You brought the best out of my grandma. I know she loved you dearly. Im so glad the last time I saw you I had the opportunity to do your hair and make you feel pretty. It was the least I could do for all the generosity and kindness you showed me and my family. Im so fortunate to have known someone so pretty on the inside and out. Love you. Jennifer.