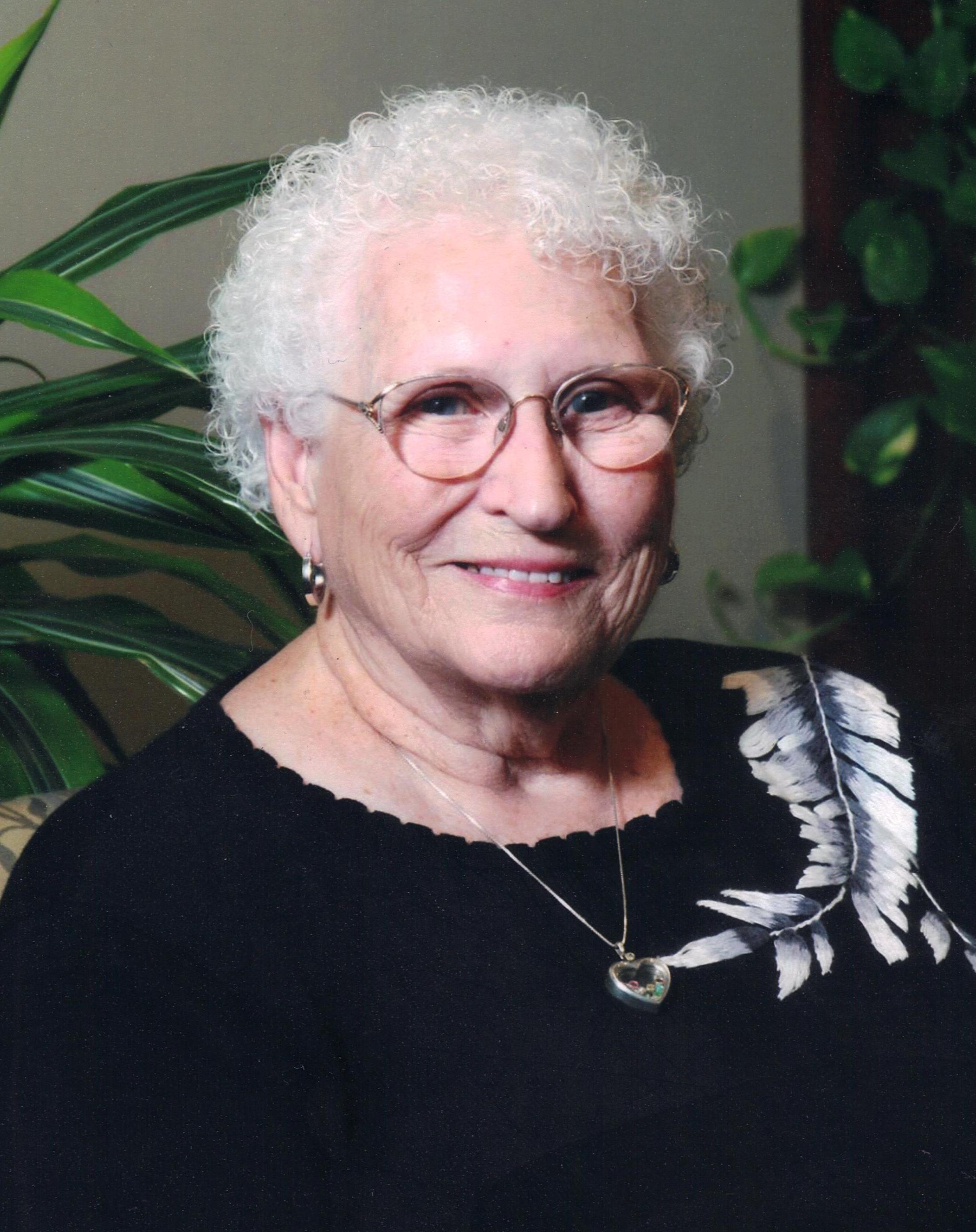 Billie Jean Sosebee (nee Purselley) was born August 02, 1926, the third of five children to Mae (Davis) and Caswell Purselley in New Mexico.  She moved to Oak Cliff in 1947 when she married James Sosebee.  She was a devoted wife and mother, providing love and support to her family.  On her youngest child’s 18th birthday, she began a twenty year career as a unit secretary at Methodist Hospital (Central).  After James’ death, she started a new chapter of her life in Carrollton.  She took an active interest in the Carrollton Senior Center, and could be regularly seen in the Japanese Bunka embroidery class, playing cards, or attending exercise class.  She attended weekly church services at Nor’Kirk Presbyterian in Carrollton and continued to cherish her time with her family and friends, taking on a special role in the lives of all who met her.   She passed away on November 5, at age 88, following a short illness.  She is predeceased by husband, James; son and daughter-in-law, Jay and Linda Sosebee, daughter Mitzi, her parents and two siblings.    She is survived by daughter and son-in-law Paula and David Caldwell of Carrollton; grandchildren Chris and Jennifer Sosebee of Duncanville; Matt Caldwell of Dallas; Darcy Caldwell of Hackberry; great-grandson Nicholas Sosebee of Duncanville; and her Shih Tzu, Charlie.  She is also survived by sister and brother-in-law Robbie and Jim Payne of Clovis, NM, brother Jimmie Dale Purselley of Seabrook, NH, sister-in-law Betty Minchew of Denton, and a multitude of nieces and nephews.  Memorial Services will be held Monday, November 10th, 10:00 a.m. at The Nor’Kirk Presbyterian Church 3915 N Josey, Carrollton Tx 75007.  In lieu of flowers, donations can be made to the Carrollton Senior Center.

Please enhance this tribute to Sosebee, Billie Jean by adding your condolences or memories. Click Here

TO:BILLIE SOSEBEE FAMILY
I'M SADDEN TO READ OF MRS. SOSEBEE
HOME GOING,SHE AND MYSELF WORKED AT
METHODIST HOSPITAL TOGETHER MANY
YEARS AGO,SHE WAS ALWAYS SOFT SPOKEN AND KIND TO ME, I KNOW YOU ALL SHALL MISS HER,I PRAY THAT HER FAMILY CONTINUE TO STAY CLOSE TOGETHER IN LOVE.FROM VIVIAN LANE-CO WORKER