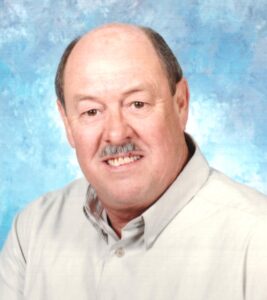 James “Jim” Elliott Summers (72) victoriously entered the presence of the Lord on November 19, 2014, after a courageous, three-year battle with CIDP, a rare neurological disease. The family will receive friends at First Baptist Carrollton, 2400 N. Josey Lane, Carrollton, TX 75006 on Monday, November 24 beginning at 12:00 Noon.  A celebration of Jim Summers’ life will follow at 1:00 pm at First Baptist Carrollton.

Jim was born on February 27, 1942 in Zanesville, Ohio. Upon his graduation from Zanesville High School, he entered the United States Air Force and zealously served his country for 21 years.  His service included time in Vietnam during the war and he finished his distinguishing career retiring as a Chief Master Sargent. During his lifetime, he never met a stranger and all who know him remember his zest for life and his love for others. Following the military, he worked in telecommunications until his medical retirement in 2011.

James was known as a friend to all. He enjoyed working with his hands as a Mr. Fix It, was a life long learner, and loved working the crossword puzzle with his wife. Life for him was usually “just ducky”, but even when it was “fair to partly cloudy”, he always found a way to smile. He loved to travel especially when it included visiting with his family and friends. His grandchildren and great grandchild brought him immense joy and he loved to spend any time with them he could, especially when it involved sharing Blue Bell homemade vanilla ice cream, donuts, or teaching them to wink.

In God’s care, he leaves behind his beloved wife of almost 53 years, Minnie Dorothy Summers, his sons, James “Skip” Summers and Michael T. Summers, his daughter, Maria Upton and her husband Matt, grandchildren Lauren, McKinley, Solomon, Haley, Maxwell, Miller, and Mclaine, and great-granddaughter Lyric, his brother Rick Summers and half-sisters Carolyn, JoAnn, JoAnna, and Sandra, and numerous other beloved relatives and friends. He was preceded in death by his parents, Harry Summers and Mary Summers, sister Shirley, brothers Harry, Pete, and Gary.

In lieu of flowers, memorials can be made to the Benevolence Fund at First Baptist Church Carrollton, 2400 N. Josey Lane, Carrollton, TX 75006.

To the Summers Family
I would like to take this time to express my condolences to the entire family. Yes we know that these are difficult times for you. I know that all the family members and friends will be there with much support. We also need to keep in mind God’s personal promise to His earthly family. He tells us that soon he would restore our
love one back to life.(John 5:28-29) So why not draw comfort from God’s promise. The resurrection will take place. God does not lie.(Titus 1:2)

Dear Minnie and Family, our love and sympathy to you. No words can ever express the loss of our beloved Jim. Our love and prayers to all the family. All our love, Linda and Steve

Our sincerest condolences to the Summers family. Jim was a true gentleman with a heart of gold.
May our heavenly father be with each of you as he is with Jim.