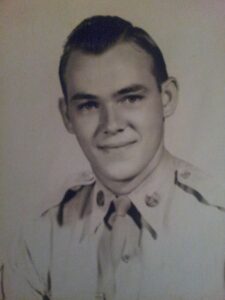 He was born on April 3, 1928 in Fredericksburg, Texas.  He graduated from Fredericksburg High School in 1945 and immediately joined the US Air Force.  He is a WWII Veteran where he served until 1948. After serving in the Air Force he pursued a career as an accountant working for various companies in San Antonio until 1981 when he relocated to Dallas, Texas with his family working for Rupe Investment until retirement in 2008 at the age of 80 years old.  He served on numerous business boards associated with the companies he worked for in his long accounting career.  Nolan loved the time he spent with his wife, children, and grandchildren inspiring and motivating them to achieve their goals.  He was a loyal and caring husband, father, grandfather.

Visitation will be held at North Dallas Funeral Home, 2710 Valley View Lane, Farmers Branch, Texas 75234 on December 11, 2014 from 7:00pm to 8:00pm. Funeral services will be held at the funeral home on Friday, December 12, 2014 at 11:00am with internment to follow at 2:00pm at the Dallas Fort Worth National Cemetery. Donations may be given in lieu of flowers to the Make A Wish Foundation at wish.org.