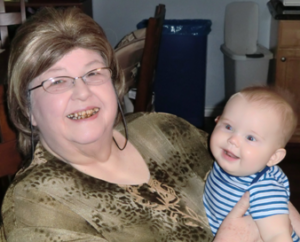 Alice Faye Rude went home to be with her Savior on December 12, 2014. She was 73 years old, and had struggled with stoke related health issues over the past 2 years. Alice was born on December 18, 1940 in Clifton, Texas. She grew up in Clifton and graduated from Concordia Junior College in Austin, Texas and then earned a bachelor’s degree in Christian Education from Concordia Teachers College in Seward, Nebraska. She started her teaching career in Wilson, Texas and was soon married in McAllen, Texas in July of 1967. After marriage she moved to West Chester, Ohio when her husband found employment as an accountant in the steel industry. They moved back to Texas in 1975 after the birth of their son and death of her father. Once back in Texas, Alice raised her son and kept busy by teaching kindergarten and her passion, first grade, in Lutheran schools in the Dallas area.

Alice was also an avid gardener and enjoyed raising horses on the family’s 6 acres in Midlothian Texas. She also had a soft spot for man’s best friend and enjoyed the company of several breeds of dogs over the years including Chow-Chows. In additional to teaching, Alice was also very active as a choir director at local churches and enjoyed directing adult, children’s and bell choirs over the years. She had a penchant for the creative and enjoyed building decorations for special events and directing children’s plays. In her later years, Alice enjoyed visiting family, seeing her son’s family grow and playing with her new grandchildren.