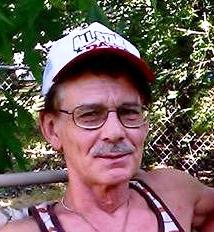 David served in the Army, afterwards, David’s love of cooking led him to become a chef; he worked for the San Antonio, Railroad and for several Dallas-Fort Worth restaurants, consulting for restaurant owners.

In David’s spare time he enjoyed watching football, a Raiders and Cowboys fan, cooking for family and holiday gathering, his famous turkeys, loved picnics. You could find him near the water, boating with his family and a great humanitarian for the love of animals, dogs and cats, collection of mallard ducks.

David was a wonderful husband, father, grandfather, uncle, brother, nephew and friend. David was loved by his countless friends and his neighbors always taking time for someone in need.

He was preceded in death by his father, William Edward Baxter and mother, Joyce Marie Wilcox Baxter.

We are so sorry for your loss and our thoughts and prayers are with you all.

Dave,
Sorry to see you go so young. We had some good times. I’ll be seeing you soon.

You were a big part in our daughter’s life and in my boy’s lives! You are were always there to listen to me and give advice! I am grateful that you were a part of my life. I will do the best I can to be there for everyone but I will miss your shoulder to cry one!

The family we extend our prayer for your loss. God’s speed be with you.

Wayne I really am sorry for your loss, I havent seen you guys for over 30 years. But, I still remember the good times up home. Remember all the sledding on your hill, Sharon only had to look at a sled to break her collarbone. Were you in the MYF when she dressed as a carrot for a Halloween party, fell and couldn’t get up? Keep remembering David in the good times, that’s what I try to do with Sharon.

We were saddened to hear of Dave’s passing….prayers for comfort…peace…and strength.