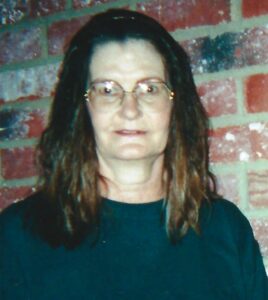 Patricia Ann Stevens of Carrollton, Texas, the third child born to Walter and Hilda Petersen on March 24, 1946 in Grand Island, Nebraska, passed away on February 3, 2015.  After high school graduation Pat married Morris “Mac” McIntyre.  When “Mac” enlisted in The Air Force, the couple moved to Washington State.  After discharge the couple moved to Irving, Texas to be near family.  When the couple divorced, Pat moved to Houston, Texas where she met and married Jake Stevens.  In 1980 she returned to Dallas where she lived and worked until 2007 when she suffered a major stroke and began receiving care in a local nursing home until her death on February 3, 2015 at age 68.

Survivors include sister, Loretta Petersen, brother William Petersen and sister, Deanna Birdsong, and her husband “Barry”, nephew Beau Birdsong, wife Jodie, and grand-nephew Braylon.  She is preceded in death by her parents Walter and Hilda Petersen.

A graveside service will be held Saturday, May 23, 2015 at 10:30 AM at the Grand Island City Cemetery, 3168 W. Stolley Park Road in Grand Island, NE.  A luncheon will follow at the First United Methodist Church, 4190 W. Capital Avenue, Grand Island, NE.

One condolence on “Stevens, Patricia Ann”

I am so sorry to hear of your loss. I’ve been searching for the family of Patricia Stevens who’s mother was Billie Ruth Smallwood Thiebaud Young. I have family photos from the early ’20’s & ’30’s.

Do I have the correct family?