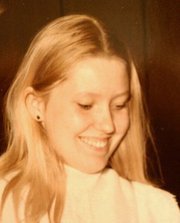 It is with sadness that the children of Theresa Ann Babcock Moore announce her passing on Wednesday, April 29, 2015 in Plano, Texas. The daughter of the late Wretha (Popet) and Sherman George Babcock Sr. Terry was born on January 16, 1953 in Suffern, New York. Terry graduated from North Rockland High School Class of 1971.

Terry enjoyed working with the elderly and those in need and gave her life in service to others.

Please enhance this tribute to Moore, Theresa Ann by adding your condolences or memories. Click Here

I miss you, miss talking to you every day. Hard to believe we will not be planning another vacation. Thank you for Houston, Galveston, Atlanta and Asheville. Thank you for being a terrific sister, for your sense of humor and for your kindness.
Love you,
Kathy