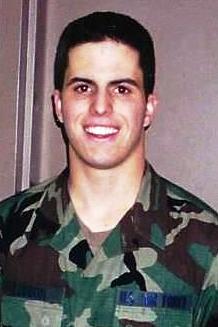 A proud American, Jim was born on February 15, 1984, in Jacksonville, FL.  But he was also a true Texan, residing in the Dallas Metroplex for the majority of his life, including residence of Fort Worth, TX for the past 9 years. He loved his careers as a Logistics Analyst for British Aerospace Engineering and as an Air Force Reserve Tech Sargent at the Naval Air Station Joint Reserve Base, in Fort Worth, TX. Jim was completing his bachelor’s degree in Business Finance at the University of Texas, Dallas.

Jim is also survived by his Beloved, Sabrina DeAlba; and the many friends he remained close to from his career as an analyst, a fulltime Air Force airman, a part time reservist, and from High school.  Jim was openly friendly, happy and a true friend to all.

He is preceded in death by his cousin, Melissa Leddon, his maternal grandfather, Charles Otis Burke, and his canine companions Rusty, Lassie, Moose and Danny Boy.

Services will be held at the Naval Air Station Joint Reserve Base Fort Worth, 3 pm Sunday, July 12th. Friends may call or email Deborah Leddon and the family will receive friends and family both during the service on Sunday and during the Shiva scheduled for Monday evening, July 13th, at the home of Jim’s parents, James and Deborah,  Highland Village, TX.

In lieu of flowers, the family suggests that contributions or donations in Jim’s name be made to the animal rescue group; Flower Mound Humane Society, http://www.hsfm.org/.

Please enhance this tribute to Leddon, James Thomas by adding your condolences or memories. Click Here

We lost contact with you. You have many friends at Annunciation. Please email.

I miss you very day, young man. Your life is an inspiration to all of us, your kindness and intelligence a model for behavior and your love of life keeps us moving forward.

I worked with Leddon in Germany working on F16's. He was a cool dude and a real good person. Sorry for your loss. My condolences go out to his entire family.

I'm a good friend of Sabrina. I've never met your son but only heard many happy stories of him. I've been friends w her for years and have never seen her that happy until she met Jim. He seemed like a great guy and I wish I could have met him. Truly sorry for your loss. My heart goes out to you and your family.

We are so sorry for your loss. Your family is in our thoughts and prayers.