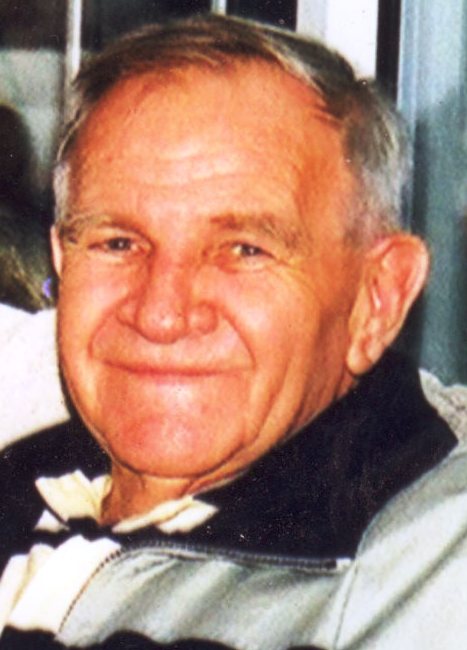 Mr. McDermott was born on January 13, 1932, in Dallas. He was the son of John Stephen McDermott, Sr., and Cass Marie Prather McDermott. He attended Jesuit High School, where he played football and was a member of the Ranger Band. He attended college at SMU, and until a few years ago was the oldest member of the SMU Alumni Band. Over the years, he played in many groups including the Kansas City Chief’s Marching Band.

He loved playing his trombone, and entered the Air Force as a musician, but during the Korean War, took the opportunity to transfer into pilot training, where flying became another major theme in his life. After training in Arizona and North Texas, he was assigned to the 94th Interceptor Squadron at Andrews AFB, Washington, DC, guarding the nation’s capital in an F-86D Sabre jet, the most advanced fighter of that era. He continued attending his squadron reunions for many years.

Steve was a talented photographer and became the “Family Historian” recording many photos of family and friends. Steve later combined photography with his skill in flying to become an accomplished aerial photographer supporting his real estate and appraisal business. He became a certified Master Appraiser for the State of Texas, and served as an expert witness in the courts on contested real estate matters.

For many years, Steve’s company, Real Estate Reports, real estate office was located at Love Field. It had a fully equipped darkroom in the basement, where he developed his aerial photos. His daughter Patti and brother Patrick remember many days flying with him when he would hand over the controls of his Piper Cub, with the command “hold her steady, even on the horizon” as he leaned out the window with his large-format Hasselblad camera and snapped away. Prints and appraisals would be on their way the next day, a revolution in the appraisal business of his day. He maintained his Class One Pilot’s license for small craft for almost fifty years.

For many years, Steve was a member of the Highland Hunting and Fishing Club, adding yet another passion to his remarkable spectrum of interests. He was also an avid fisherman (he loved Cypress Lake), and would tie his own “flys” for fly fishing. He worked miracles on a portable Coleman propane stove frying the fish for those lucky enough to partake.

He loved sailing and had a number of boats; one of his favorites was an Olympic-class Finnish sailboat. Steve and the “Fin” competed in many regattas from North Texas to Houston. Among his many talents, Steve liked to compose still life scenes with oils on canvas from sketches he had made. He even tinkered with inventing an additive for airbrushing acrylics, but didn’t pursue a patent for the idea.

Steve’s interest in real estate continued to the end, where he was an appraiser and a registered agent for Keller Williams Realty, with an office down the street from his last residence at the Treemont Retirement Community on Harvest Hill Road in Dallas.

Steve, Mr Nac or Mr Tie as ny sister nicknamed him at an early age. He always wore fun ties and that's how she remembered him so we all started calling him Mr Tie and Miss Helen was always in the conversation. He was a good friend, he was a kind man, he was a great musician and he always made me smile. I will miss you Mr Tie and Miss Helen, I hope you will have lunch with me at Fish City Grill. We can tell fun Dad and Steve stories. Gods speed, rest in peace.

Steve was a long-time member of Christ the King Choir in Dallas. Supposedly he sang baritone, but singers in any section might look up from time to time to see Steve smiling beside them. He was highly respectful of our difficult but deeply talented director and composer, Noel Goemanne, who rewarded Steve’s loyalty by dedicating his arrangement of “Ave Maria” to him. Disrespectful bunch that we were, the choir rechristened the ethereal piece “Ave McDermott,” and that it shall remain. The third movement of one of Noel’s major works for organ was downright danceable—and, yes, you would find Steve dancing about the choir loft whenever it was played. He permanently reigns in the “Unforgettable” category.

Cousin Steve was a great guy and will be missed by all that knew him well. He made me smile.

Steve was a great friend that I met while playing in the Town North Concert Band. He entertained our after rehearsal group at Cheddars with funny stories and interesting facts. Such a kind, sweet, thoughtful man. Trent and I loved visiting with Steve and Miss Helen. Our Deepest Sympathy to all of Steve's family.

Steve brought much wit, humor and joy to the Coleman family. He fondly called me the "mouth" because of long conversations on the phone with Miss Helen; he couldn't get through to her. We had fun times at Locust Grove (Coleman family home), Hinton Place and the High Rise. You will be greatly missed. I loved you a lot. "Thanks for the Memories". Marti (the Mouth).

Steve was such a joyful, kind, gentleman. It was a pleasure to play in a couple of bands with him. He and Miss Helen made a cute couple!

Met Steve playing in the Town North Concert Band. We had great fun at Cheddar's after band and in Galveston on "band trips". Terrific gentleman who will be missed.

I think Steve and I met as our Mothers played cards and we were tossed into the same play pen. So many good memories...his playing "Happy Birthday" to me on his trombone at my house on Peyton Drive for one of my big birthdays. I loved him.

Met Steve while we were playing together in the Town North Cocert Band. Several of us would go to Cheddars afterward and Steve usually had root beer float. He came to a band party at our house and we surprised him with a frosted mug root beer float. Loved Steve and Ms Helen God bless to all.

He will always be the true love in my life.I adored him.We fell in love our first dance together July 4, 1960's.I was his "Miss Helen" or "Babe"; he was my "Babe" or "Pet". I will never stop missing him.

Mac used to come in on Saturdays "just to keep you company" he would tell me. He captured a special place in my heart. He will be missed.

Mac was a real gentlemen; one of the old breed. It was a pleasure to know him through our mutual office at Keller Williams. Rest in peace, friend.

Steve will be greatly missed. He was a gentle man with a sweet smile for all.

He was fun, funny and full of life! He called my dad "the chairman" and my husband " Dr Darby" came for thanksgiving one year and cooked "cherries jubilee" for dessert and gave me the recipe for " New Orleans " bread pudding ! He was at home in any situation he encountered! Always enjoyed his visits! He will be missed!!

Mac was so kind and such a gentleman. Always enjoyed his company at Keller Williams.

"Mac" was a great friend and lifted me up when I needed it the most ! A true Mustang ! A great member of the AA fellowship ! We will miss you and your spirit !