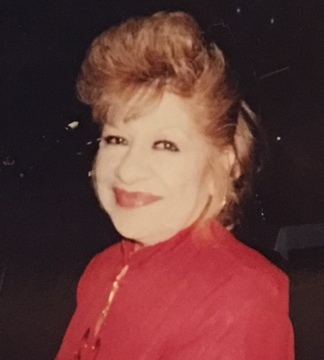 Sylvia Jaramillo DeLeon, 74, of Dallas Texas, passed away peacefully on April 13th, 2016. With her loving family by her side, Sylvia is now free from pain and has been reunited by the gates of Heaven with her beloved, late husband Ruben Mendez DeLeon, along with her sons; Benny DeLeon and Ruben DeLeon, Jr.

Sylvia was born on October 21st, 1941, in Robstown, Texas to Jose and Esperanza Jaramillo.

Sylvia’s love for life showed through her vibrant smile and charismatic personality. Her strength and wisdom will forever be carried on in her honor. She will be greatly missed by those who loved her the most.

Burial services will be held Tuesday, April 19, 2016 at Mary Immaculate Church at 10:00 a.m. then proceed to Hilltop Cemetery.

Please enhance this tribute to DeLeon, Sylvia Jaramillo by adding your condolences or memories. Click Here

Prayers for all the Deleon family. Sorry for the loss of your Mother, Johnny. Carlos, she completed her journey. God give all of you strength at this time of sorrow

Monica and family- We send our sincere condolences to all of you during this very difficult time. May our loving God wrap his loving arms around you all today and always. Love, RP and Sheila.