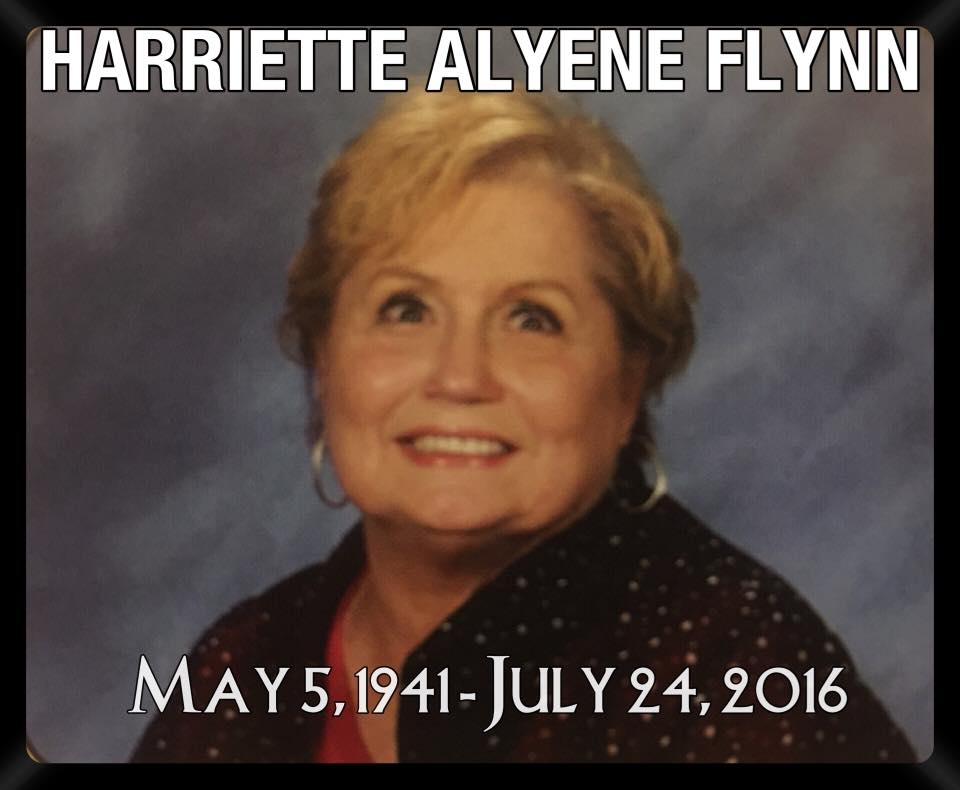 Harriette Alyene Flynn  born May 5, 1941 in New Orleans, LA passed away on the Lords’ day, Sunday July 24, 2016 at the age of 75 after a long battle with lung cancer.  She graduated from Alcee Fortier High School in New Orleans LA in 1958.  Subsequently, she earned her Associated Degree and many certifications in Business and Computer Technology from Soule Business College.  Harriette enjoyed traveling abroad to many countries in her young adult years as she considered traveling one of her favorite hobbies.  She was also considered a Great Cajun Cook as she loved to entertain friends and family in her home.

After working on Wall Street, she settled down in Dallas, TX in the early 70s.   She worked with many corporations such as Goldman-Sachs, American Airlines, NEC Technologies, ARIS, Teknology Education Centers as well as a Real Estate Agent for several years with REMax.

She was a founding member of Cornerstone Christian Church before joining the Branch Church on Valley View Lane.  As a very devout Christian she brought many people to the Lord.

Please enhance this tribute to Flynn, Harriette Alyene by adding your condolences or memories. Click Here

I met Harriette a few short years ago after she was diagnosed with lung cancer. As a member of the Branch Cares Ministry at The Branch Church, I was blessed to be her friend and walked with her through her struggles with her illness. She and I became very close and my dearest memory of her is when we would go for her chemo treatments, she would invite the nurses to church. She knew them all by name and when her treatments were no longer successful, she went to each person at the oncology center and hugged them for the last time.

My dearest Aunt Harriette, I am so glad that you are out of pain and walking the streets of gold with Our Lord, and my Grandmother Zora, my mother Mary Elizabeth, my sister Zora Regina, my brother Giovonni and my nephew Kelly Graham and so many more of your family and friends. As I mourn here on earth, I know you are rejoicing in heaven! Enjoy his eternal PEACE ✝‼️