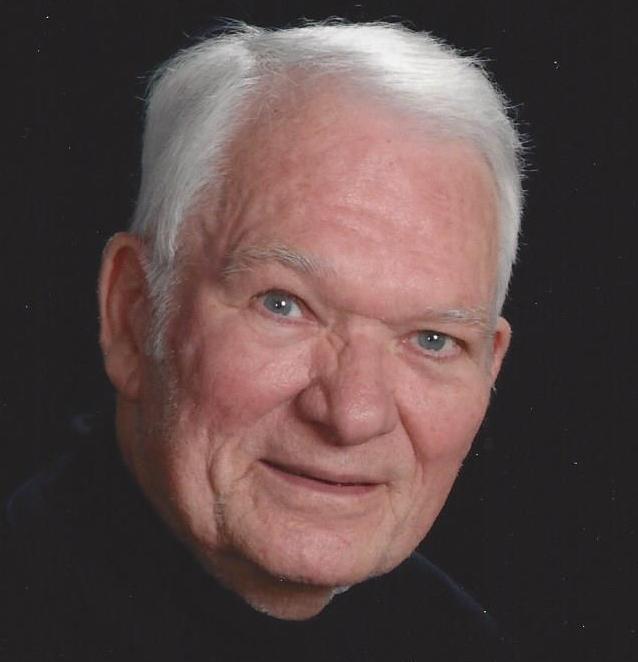 James Ray Howard died, at age 82, from complications of Parkinson’s disease, on Wednesday, October 12, 2016. He was born June 7, 1934 in Iowa to George and Bessie Howard.

After his grade school years in Cedar Rapids the family moved to Normal, Illinois where he attended University High School and Illinois State University. He met his wife, Shirley, in the high school band and they were married for 62 years. They were in the motel business from 1955 to 1966 and then Jim began his career in the paint business.  The family moved to Richardson in 1978 and he worked for True Value Hardware until his retirement, often traveling internationally.

Music was an important part of his life, he played trumpet in the Dallas New Horizons band until he was no longer able. Automobiles were his second love, he traveled from Chicago to Santa Monica on Route 66 twice with groups from England.  He and C.E. Butridge prepared their 1936 Buick and participated two years in the Great American Race from coast to coast.

The memorial service will be held at 2:00 pm on October 22, 2016 at Arapaho United Methodist Church.

Please enhance this tribute to Howard, James Ray by adding your condolences or memories. Click Here

Shirley, we just heard about your loss and wanted to send our deepest sympathy to you and your family. We both remember him very fondly, also you of course, and often think back on the fun times that we had together. Love and our very best to all of you.

Sweet Shirley and Sue, Our heart felt condolences on the passing of Jim. sending our prayers and love on the loss of your dear Jim. Nancy & Ira Lewis

I was so sad to hear this news about Jim. My thoughts are with you, Shirley, and the whole family. Sending prayers and hugs!!

Heaven received another sweet and gentle soul. My prayers are with my dear friend Sue and her entire family during this difficult time.

My heart and thoughts are with you all.

We will miss your ever present smile. I enjoyed talking cars with you because you were a walking encyclopedia. Another good Iowa boy.

You will be missed by all at the RPD. My prayers are with your family at this difficult time.

Jim was a lovely person -- always volunteering at the church, delightful at social events and always greeting everyone with that great smile!

We will certainly miss Jim. Especially his ready smile. I enjoyed talking cars with him. He was special to us since was he was a fellow Iowan.

I enjoyed visiting with Jim over the past years. He was a 1st class person.

Shirley, I had just met you at National Night Out when you told me about Jim's membership as a Volunteer in Police Service (VIPS). He was such a valuable and committed volunteer for the Richardson Police Dept. We appreciate all of his hard work and his time -- more than 1,000 hours over the 9 years that he supported the police. Thank you so much. He will be missed.

I am so sorry you have lost such a great guy. At least he has relief from his suffering, but there is a hole in our hearts. I enjoyed knowing Jim.

Such a wonderful husband, father, uncle, and grandfather which will be missed by his loving family and friends. Thinking of all of you and sending our love and deepest sympathy.

Shirley, Glenn and I are so very sorry to hear of Jim's passing. We remember so many very sweet occasions when you and Jim were with us, especially the Elbe River trip in Germany. Know that you are in our prayers. Much love, Glenn and Joy

Jim was always there with a smile...a true gentleman.

RIP Jim. You were a good friend & partner in the VIPS program at the Richardson Police Department.