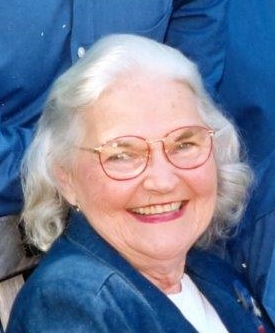 Peggy Jean Custard, a.k.a. “Gagi” to her Grandchildren, was called to meet her Lord on December 30, 2016. She passed away peacefully in her sleep at her home in Carrollton, Texas.

Peggy was born May 25, 1929 in Liberty Hill, Texas to Nannie B Starnes Jones and Arthur Ewell Jones. She was 1 of 7 children and the oldest daughter of the 3 girls and 4 boys.  She and her siblings were raised in Waco, Texas at the Methodist Children’s Home.  While still at the home and working there she went on to receive her Masters from Baylor University and began her teaching career in 1954.

On July 29, 1955, she married Herman Cecil Custard, Jr. from Cleburne, Texas and went on to have three children. In September 1962, they moved to Dallas, Texas and she continued to teach and retired from Akiba Academy in 1996.  From then on it was all Grandkids time for her.

Funeral Service will be at 10:00 am on Thursday, January 5, 2017 at the funeral home.  Hugh Huber will be officiating.

I am so sorry for your loss. Mrs. Custard was my kindergarten teacher at Akiba Academy back in 1971. I fondly remember her sweetness, her grace and her politeness.

She was always so sweet and caring, and I have clear memories of her teaching us good manners and that we should treat everyone with respect, and that was quite a task as we were a class of 16 five year olds. She taught us lessons that last a lifetime, and she will be missed by all.

God Bless her, and may God bless you with comfort as you mourn her loss.

May her memory be a blessing.

Kathryn and Andy Schultz and family

Chris, I happened upon your mom's announcement in the paper. I am sorry for your loss.
Seeing your family's name brought back many memories of how your mom was so good at taking care of us and providing "cover" when our group was up to no good back in those high school days.
Hope all is well with you and yours.

Our deepest sympathies going out to you and your sweet family. Our thoughts and prayers are with you all during this this difficult time.

Much love to you all!