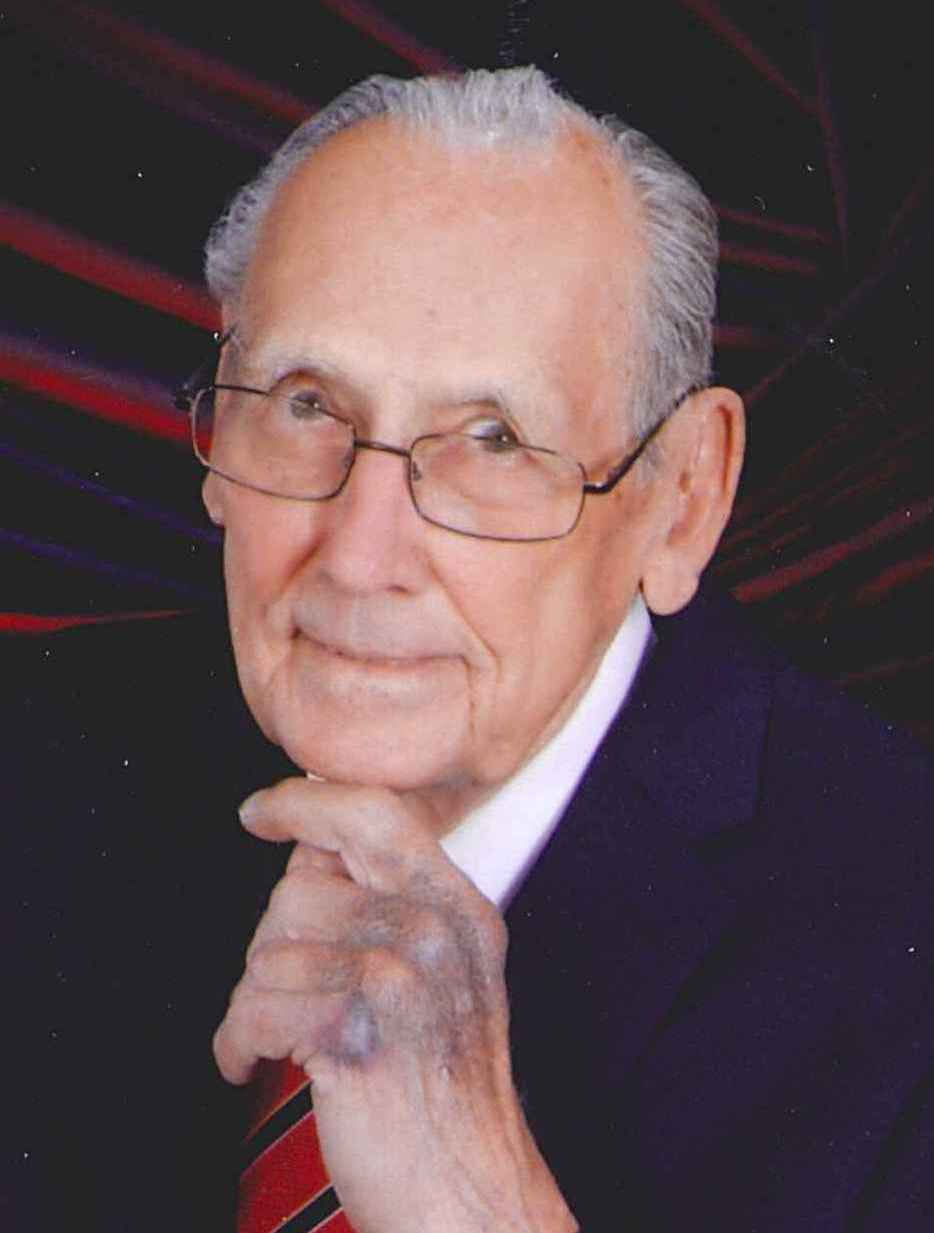 Arthur Louis Pakula, a long-time resident of Dallas, Texas passed away peacefully on May 5, 2017. Born on May 9, 1926 in Chicago, Illinois, Art was the eldest child of Joseph Pakula and Carolina Wolanin.

Art graduated from Lane Technical High School in Chicago where he was a member of the ROTC and the Civil Air Patrol, leading him to secure his pilot’s license. In 1944, Art joined the 5th Army Air Corps Headquarters Squadron, training at Buckley Field in Denver, Colorado.  From there he deployed to the Pacific Theater as part of the Army of Occupation as a radio mechanic flying in B-25 Mitchell bombers.

He achieved the rank of Corporal and was awarded several military decorations. Prior to his deployment back to the United States, Art experienced walking through the rubble of both Hiroshima and Nagasaki.  In 1946, he was honorably discharged.

On June 5, 1947, Art married Valerie L. Gricius. Early in their marriage, they lived in Chicago where they welcomed three children into their lives.  Meanwhile, Art attended the American Television Institute of Technology where he received an engineering degree. In 1949, he entered the employ of the United States Government as an Industrial Specialist with the Department of Defense/DCASR and several years later, the family moved to Villa Park, Illinois.

In 1961, due to his expertise in managing government contracts, Art was afforded the opportunity to move to Dallas to become the Chief Quality Assurance Inspector for government contracts with Texas Instruments, Varo, Inc., and Collins Radio, to name a few. He received numerous accolades and certificates of merit for his work.  Throughout his career, Art also worked with numerous government agencies including the Department of the Army, the Department of the Navy, the Air Force Institute of Technology, FEMA, and NASA.  While working with NASA, he played an instrumental part in the Viking Mars Project, the Apollo 8 Mission, and the fledgling Space Shuttle project.  After a 39-year career with the United States Government, Art retired in 1988.

In a letter he received from the Department of Defense upon his retirement, his manager wrote of his achievements and added, “Probably more importantly, though, is the reputation you have established as being one of the ultimately unflappable people who can act and react in tough situations and just quietly get difficult things done, done right, and done on time … I have always appreciated the fact that your approach is one of total integrity. There is a widely recognized conviction that, if Art Pakula says it, it’s so.”

Art enjoyed flying as a young adult and he continued his love of aviation by attending numerous air shows with his son in his later years. During retirement, he also enjoyed a good round of golf with his buddies, scoring a newsworthy hole-in-one at Tenison Park GC.  Boating with his children and grandchildren, and square dancing and travelling with his wife and friends were also among his favorite pastimes.

Art was a patient, good-natured, humble man who was devoted to God, his family, and his good friends. An animal lover, he adored the many pets he had over the years, from his beloved canines, Tippy, Ginger, and Bones to his favorite feline, Gracie, and a host of other furry friends.

His family and many friends will miss this man dearly but are comforted knowing that he is at peace in the hands of his Lord. Art was preceded in death by his parents and his brother, Alfred (Freddy) Pakula. Leaving to cherish his memory are his beloved wife Valerie Pakula;  daughter Chris Swanson and husband Jim of Bloomingdale, IL, son Jeff Pakula and wife Kim of Garland, TX, and daughter Janice Pakula of Dallas, TX;  eight grandchildren;  and fifteen great-grandchildren.  He is survived also by numerous nieces and nephews, cousins, and a host of friends, both young and old.

Mass of Christian Burial will begin at 10:00 am following the visitation.

There will be a reception following the service at St. Monica.

Following the reception there will be a procession to the graveside service, with military honors, at the DFW National Cemetery, 2000 Mountain Creek Parkway, Dallas, Texas 75211 at 1:15 pm.

In lieu of flowers the family suggest a donation to the Wounded Warrior Project in Arthur’s memory.
https://support.woundedwarriorproject.org/default.aspx?tsid=7792&ovr_acv_id=2703

Please enhance this tribute to Pakula, Arthur Louis by adding your condolences or memories. Click Here

Janice, I am sorry to hear of your father's passing. It is hard to say goodbye, but also a comfort to know they are in good hands. Prayers to you and your family as you make this difficult life change.

To our special neighbors! Our hearts go out to you! May you have all the faith, hope and peace as you go through this hurt of the passing of your wonderful father!
We care,
The Coles

Art was a fabulous neighbor. Quiet man as the Obituary mentioned and it came in handy when my Hot water heated started to leak and Art calmed my nerves and came to the rescue. As to Bones, Bones would not you open that back gate off the driveway.I watched their house and was supposed to enter through gate. Bonus would have not part of me coming through. Having had dogs I know dogs love to eat. I went home defrosted stew beef went bak to the gate threw some stew beef and got in and was able to check Bones'water and that he was OK. I could only get through the gate with some meat and then Bones was very friendly. Another memory St Patricks Day Dinner. Several of us always piled into the Pakula's. Car and laughed and enjoyed St Patty's Cornedbeef Dinner on Fridays during Lent
Ar beamed talking about his Children and Grandchildren and Greatgrandchildren.I am happy that I can still hear his laughter Memories are Precious Moments for all of us and Art left me many happy memories.

May God give you the peace and strength at your time of sorrow.
Rest assured and be thankful for being given such a wonderful, loving and devoted Dad.

Janice I am deeply saddened to hear of the loss of your father. My prayers are with you and your family.

Jeff my deepest sympathies go out to you and your family. May God give you the peace that you seek.

Janice, I am so sorry to hear about your dad. He was a remarkable man. I would have enjoyed meeting him. My thoughts and prayers are with you. Love, Sally