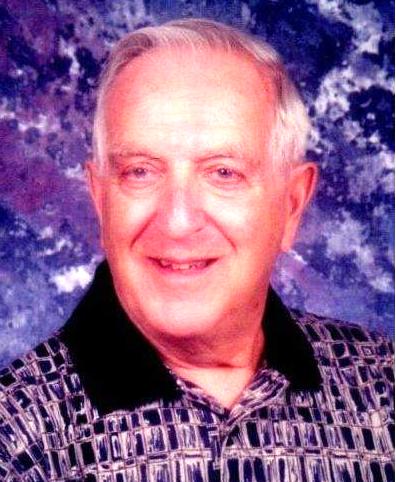 Joseph Dean LaRue of Richardson, Texas passed away on Wednesday, May 24, 2017 at the age of 92.  He was born in Jackson, Michigan on August 9, 1924 to Joseph Alfred LaRue and Mary Alice Borden.

He graduated from North Adams High School and Jackson Community College. Mr. LaRue served in the U. S. Army at the rank of Staff Sargent with the OSS Operations in Europe and North Africa, his unit specializing in sabotage and espionage. Speaking foreign languages fluently was to his advantage. When he was discharged from the Army he returned to Jackson, Michigan. Dean continued his studies and received his BA in French and his Masters of Arts from the University of Michigan. He also received his Masters in Guidance and Counseling and his Masters in French from Middlebury University, Middlebury, Vermont. Dean was awarded a Fulbright Scholarship to study for a year in Paris at the Sorbonne University and he studied for a year in the Language Arts Department at McGill University, Montreal, Quebec.

Dean began his teaching career specializing in French and English at Bloomfield Hills High School, Bloomfield, Michigan. One of his delights was leading groups of students through Europe for a month during the summer vacation.

In late 1972 Dean was recruited for a teaching position in Cambodia and was there for a year before returning to the States. In 1974 Mr. LaRue was recruited by the University of Michigan to go to the Netherlands to teach in the American School of The Hague in Den Haag. There he spent the last sixteen years of his teaching career.

Dean retired to Richardson, Texas in 1989 to be with his sister Helen. They continued to travel for a year. Dean was active in the Richardson community making many friends and contributing by teaching Chair Aerobics to the residents of Appletree Court for eleven years.

Mr. LaRue was preceded in death by his sister, Helen LaRue Brashares; and his great nephew, Timothy Christie. He leaves to survive him his nephew, Charles Brashares of Jackson, Michigan; his niece, Margaret (Jerry) Brooks of Richardson, Texas; great nephews, Mark Brashares, Carl Brashares and Anthony Christie; great niece, Wendy Brashares Vermeulen and many great great nieces and nephews and longtime friends both here and around the world.

In lieu of flowers a contribution in his memory may be made to St. Francis of Assisi, 720 Lakeridge Drive, Lavon, Texas 75166 or to a charity of your choice.

Please enhance this tribute to LaRue, Joseph Dean by adding your condolences or memories. Click Here

Mr. LaRue was my favorite teacher at BHHS where I graduated in 1962. He gave me a love for the French language and of course the book The Little Prince. I will never forget him. Thanks Mr. laRue!!

I remember Dean from his time in Holland when I used to teach there.He kindly kept in touch when I returned to Britain.What a delightful interesting man.

My deepest sympathy to the family. Mr. LaRue was a treasure and a person of great impact to so many young people.His years at ASH touched so many and he clearly loved his career. He will be missed but his memory will continue to bring smiles to so many!

I met Monsieur LaRue at ASH, where he was one of the most liked and respected teachers. I was always envious that my brother got to take his class, and that I didn't get him as a teacher! May he rest in peace.

The best English teacher I ever had. He was also a wonderful friend and mentor.

One of the best teachers I ever had. My thoughts are with you and your family.

I remember Mr. LaRue from middle school French. He did a terrific job - I was almost speaking French comfortably after 2 years, and wish I'd gone on with it.

He was the most excellent of teachers. He taught me at the American School of Den Haag in the early 1980's. He was awesome.

Dean was a well respected colleague at the American School of the Hague.

Mr. LaRue was my middle school teacher in The Netherlands. I remember him distinctly, and it is so wonderful to hear about his life from this obituary! Rest in peace, Mr. LaRue.

My sincerest condolences. Mr. Larue was the best teacher I ever had. He was my English and elective teacher when I went to American school of the Hague in the early 1980s. He taught with a sense of humor and had a quick wit. I still use his teaching style when I try to teach my kids how to read and enjoy books (although not nearly as well and normally lose the battle to electronics). He will always be in my memory. Rest In Peace Mr. LaRue.

He was a teacher of mine at ASH, not long before he retired. An outstanding man who left so many frustrated students appreciating how hard he pushed us when we reached adulthood.
Love and condolences to all who knew and loved him.