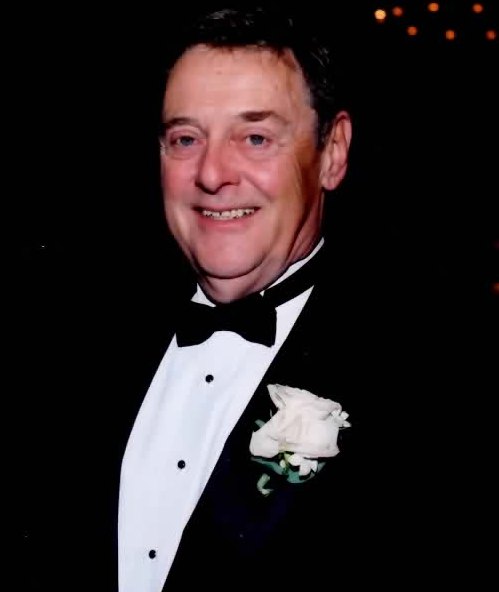 William graduated Colorado Military School and attended The University of Denver. While at Military school, he spent six years of service, was a member of the yearbook staff, editor of the Sentry, President of his senior class, was on the honor roll and served as Battalion Adjutant with a rank of Cadet Captain.

He married Gloria Mae Rossi, June 6, 1952 and embarked upon a journey that ignited a large, loving, and humorous family. William grew up in the family business and maintained the position of Executive of Sales at Foster Auto Supply Company. Founded in 1918 by John William Foster I in Denver, Foster Auto Supply Company eventually grew to become a leader in automotive parts distribution.

He later moved to Dallas, Texas to begin a position as head of regional sales for Lubriplate, a division of Fiske Brothers Refining Company, a petroleum specialty organization founded in 1870. In Dallas, his family was among the original members of Saint Rita Catholic Community, where the children attended the school as it opened in 1964. Devoted to his Catholic faith and community, he took an active position in Boy Scouts, initiated fundraisers; and volunteered as a religious education teacher while Gloria made the annual bake sales a memorable occasion for everyone.

After nearly ten years in Dallas, William, Gloria and the family relocated back to Denver where he accepted the position as president of Foster Auto. His children continued their education and careers and grew relationships and families of their own with the lessons taught by their father.

On April 24, 1996, Gloria passed away after a long battle with Cancer. In the years that followed, Bill spent quality time with each of his children, traveled to different locations, and eventually, settled back in Dallas. In October of 2007, he met S. Frances Scholl (also a member of Saint Rita) and began yet another chapter in his life, that would last nearly seventeen years.

He enjoyed traveling and participating in church groups, especially the Intermezzo’s of Saint Rita, where he continued relationships from years past, as well as developed new friendships. He will always be remembered as an avid reader who loved stories and history as well as a competitive bridge player in Saint Rita’s bridge club. He lived an exciting, yet quiet life in his later years. Putting up with the special love and care from Frances, who, as a nurse practitioner, enabled him to fight his battles, and endure life’s changes with confidence and faith.  He became more affectionate and intentional with his words; “I love you” was heard more than ever before; and instead of the traditional handshake “hello”, he embraced you with a warming hug.

He will be greatly missed by all: Frances, as her first love; his children, as a governing father; his grandchildren, as a loving participant in their growing lives, his great-grandchildren as someone they’d like to know more; as well as the extended family and friends he had become to know. He was easy to like yet quiet at times, and also an amazing public speaker. He was “old fashioned”, and shared his love and was an inspiration to anyone he met.

The family will have a private ceremony in Dallas and Funeral Mass in Denver, Colorado on June 16 at 12:00 pm at Horan and McConaty Funeral Home, 7577 W. 80th Avenue., Arvada, Colorado and burial following at Mount Olivet Cemetery at 12801 W. 44th Avenue, Wheatridge, Colorado where he will be laid to rest with Gloria Mae.

The family will have a Memorial Mass in William’s name at Saint Rita Catholic Community, Dallas, Texas on July 13, 2017 at 1:00 pm.