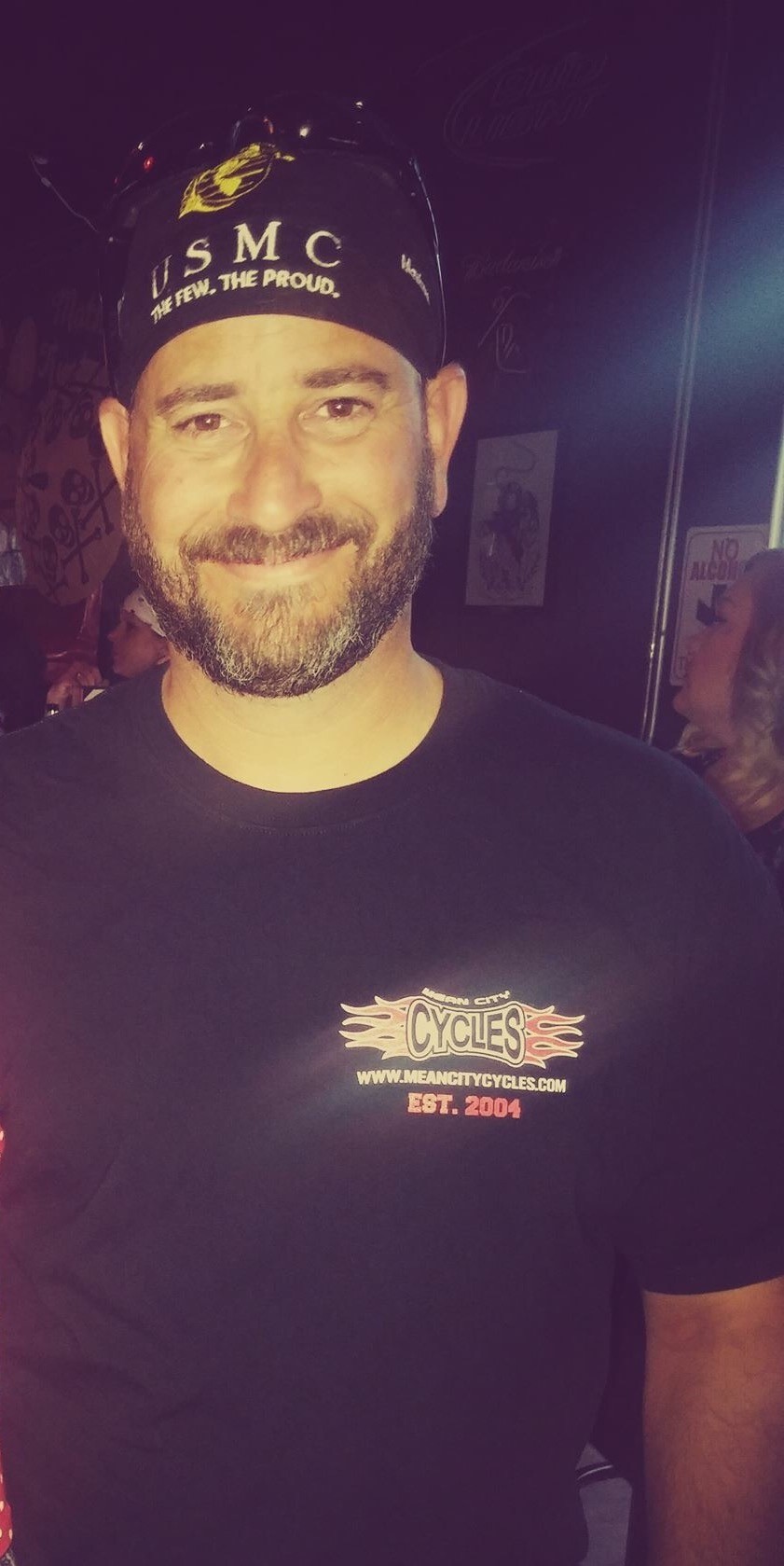 Alex Kyle Goode was born in Dallas, Texas on May 9, 1973. He went to be with the Lord last Sunday, June 11,2017 in Carrollton, Texas.    He graduated from Royse City High School in 1992. In June, after his junior year, he enlisted in the  United States Marine Corps.  During his senior year, he dressed in camo to honor his new future. After graduation, he attended boot camp in San Diego, Ca. After special training schools he was transferred to Washington  D. C. as a Presidential Guard Marine., he was honorably discharged as a Corporal in 1996.
When he first returned, he loved to play pool and spent many hours with his grandfather, C.L. Tomlinson. He later became involved with a Remote Control Aircraft Club flying helicopters. His most recent passion was taking road trips on his motorcycle with his Biker Babe.

He and his family are members of Fellowship Church.  Alex was passionate about his faith and the night he died everyone at the hospital knew where he was going and he was ready.  Alex was employed at Jameson Fence Supply.

He is survived by his wife, Tammie; five children- Hannah. Olivia, Kiana, Tristan and Ethan. He also leaves behind his parents , Paul and Marilyn Goode; 5 sisters, Paula Mann, Sheryl Fidger., Rebekah Myre, Jennifer Williams and Veronica Goode. He has 6 uncles and an aunt, several cousins and an extended  Alonzo family.

Funeral Service will be at 10:00am on Wednesday, June 21,2017 in the Brooks Family Chapel at the North Dallas Funeral Home.

Interment with military honors will be at the Dallas Fort Worth National Cemetery at a later date.

Please enhance this tribute to Goode, Alex Kyle by adding your condolences or memories. Click Here

Our condolences go out to The Goode Family. So sorry for your loss. May God guide you through this difficult time and keep you at peace.
From The Galvan Family

We are crying with you,rejoicing in good memories with you, praying for peace & comfort for you. All our love. Frank Lisa Katlin & Meagan

My Our Condolences To Your Family & God Be With You'll All, Amen.
Jesse R. Alonzo & The Alonzo⭐Family