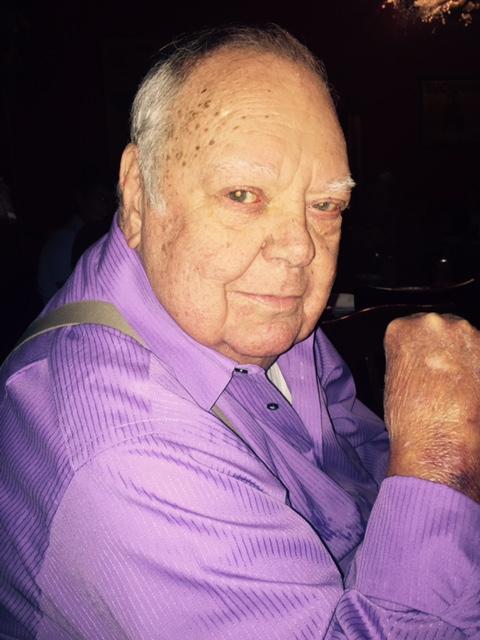 Jerry L. Bowman of Farmers Branch, Texas passed away on Thursday, January 11, 2018 at the age of 82.  Mr. Bowman was born on March 28, 1935 in Dallas, Texas to Joseph and Wilbur and Jonnie Marie Bowman.  Jerry married the love of his life, Joyce Alline Boyd, December 19, 1958 and was married until her death October 31, 2008.  Jerry enjoyed outdoor life, especially hunting and fishing, and was a member of the Irving Bowhunters Association.  He was well-known for his sense of humor, seemingly having a new joke or story to tell at any moment.

Family and friends are welcome to attend a visitation and viewing Sunday, January 14 from 6:00-8:00 p.m. in the Brooks Family Chapel of the North Dallas Funeral Home, 2710 Valley View Lane, Farmers Branch, Texas 75234.

Please enhance this tribute to Bowman, Jerry L. by adding your condolences or memories. Click Here

I loved Jerry and Joyce both so much. From the moment I met them, they made me feel like family. I am so sad that Jerry is no longer with us, but he is now with the love of his life and with Jesus. I am praying for Kim and Dave. I love you guys.

Thoughts and prayers are with Jerry’s family. You and your great sense of humor will be missed at the Thursday night dinners with the guys from church, Jerry. We pray God will comfort your family and many friends.

I will always remember Uncle Jerry's jokes and great stories. Our thoughts and prayers are with you Dave and Kim

My condolences to Jerry's family. Jerry and Joyce are celebrating in heaven now with each other and with the Lord. I know Jerry's happy.

my condolence to Jerrys family he has passed over be encouraged for we can't be with our Father in heaven until we leave these immortal bodies I pray for peace and comfort for his family.

Prayers for you all. I know that your Mom and Dad are rejoicing and together again. We will see them again someday. I know that I will miss my friend and I'm very sad and broken hearted but I know that he is with our All Mighty God and all is well. Love and miss you Jerry.