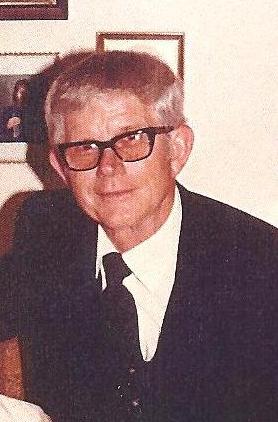 Leslie A. Bias Sr.  of Rockwall, TX went home to the Lord on February 16, 2014. Born June 25th, 1923 to Ivory & Stella Gaye Bias in Griffithsville, West Virginia. He retired from Union Carbide in 1985 after 41 years. He resided in La Marque, then Texas City for 61 years before moving in 2010. He was an avid sports fan, coached little league, bowled in several leagues in the area, Masonic Lodge member for over 50 years. Member of First Baptist La Marque, then First Baptist Texas City. He was married to the love of his life Arah Dell Bias for 71 years. He was a loving husband, father, and grandfather to his only grandchild Jason, who he adored. He is preceded in death by his son Leslie A. Bias II, parents Ivory and Stella Gaye Bias, 3 brothers and 1 sister. Survived by his wife Arah Dell Bias, son Leslie Bias III and his wife Deborah of Rockwall, TX, grandson Jason of OKC, OK,  sister Barbara Franklin of Brooklyn, Ohio and a host of other family and friends.

Graveside service to be held at Forest Park East Cemetery in Webster, TX on Wednesday February 19th at 11:00 AM. In lieu of flowers, the family has requested donations be made to the Alzheimer’s Association in honor of his beloved wife.

Please send family condolences and sign the guestbook on this webiste.

Please enhance this tribute to Bias, Leslie Alfred by adding your condolences or memories. Click Here

I would like to get across my affection for your kind-heartedness for folks that require guidance on in this field. Your very own dedication to passing the message all over came to be astonishingly significant and have in most cases permitted others much like me to attain their goals. Your own important suggestions means a great deal a person like me and somewhat more to my fellow workers. Regards; from everyone of us.

My deepest sympathy to your family on the passing of Mr. Bias. My family was a member of First Baptist church in LaMarque. Thats where I remember Mr. and Mrs. Bias. Leslie II and I were very good friends at school and at church. We were on the same baseball team. He was sorely missed.
I wish you comfort and peace through this difficult time.

We are so sorry to hear of the passing of Al. He was a dear sweet friend through the years, with a great sense of humor. May the Lord give you both comfort and peace at this difficult time. You are in our thoughts and prayers.