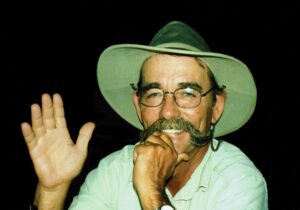 William Robert Colwell, Jr (Bob), 58, passed away on March 11, 2014 at his home in Lake Dallas, Texas. Bob was born on July 7, 1955 to William Robert (Billy) and Betty June Colwell in Dallas, Texas. He spent his early years in Irving, Texas and moved to Forestburg, Texas in 1968 where he graduated high school. Bob was united in marriage to Sondra Sue Barnes on April 10, 1989.

Bob proudly served 30 years on the Farmers Branch Fire Department before retiring in 2007. He enjoyed both working and playing hard and was a devoted husband, father and friend.

He was survived by his wife of 25 years, Sondra Colwell; his stepmother, Gerri Eckart; his sister, Sheri Colwell; his brother, Kelly Colwell; his children Kimberly Wilkinson, Billy Colwell and Sid Bolt; his four grandchildren Luke Wilkinson, Lane Wilkinson, Kane Bolt and Cole Bolt; as well as many nieces and nephews.

The world will be a little darker because of his passing. Love and Prayers to the Colwell Family from Mississippi

Cousin Bob was the very best! We are all truly blessed that crossed paths with him. We are deeply saddened at his passing.

I do have to say that I only have smiles when I think of Bob. He brought a lot of smiles to a lot of people and had funny stories. He will be greatly missed.
My thoughts and prayers are with the family.

Bob was a dear friend who will be missed greatly. His sense of humor and big smile were a winning combination. Rest in peace dear friend..we already miss you.

Our condolences are with the entire extended Colwell family. Our prayers are with you all. -Kyle & Michelle Wilkinson

My friend I will miss you so very much, you always made me smile. Love and prayers to Sondra and family.

My prayers go out to the Colwell family. I know he’ll be greatly missed.