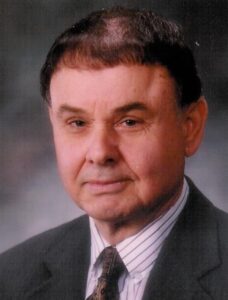 Clifton Lee Jenkins, loving father and grandfather, passed awayApril 12th, 2014. He was born in Fort Worth, Texas on September 2nd, 1935. He spent his formative years in White Sulphur Springs, Montana. After graduating from White Sulphur Springs High School in 1954, he served in the military with the 82nd Airborn receiving an honorable discharge. A long time Dallas resident, he had a lengthy and successful career as a private investigator working with many Dallas attorneys. He was preceded in death by his son Christian Lee Jenkins and wife Philis Ree Vanlandingham. He is survived by daughter Sharla Valeski, son Patrick Jenkins and grandchildren, Tom Barstow, Hayley Jenkins, Sen Valeski, Presley Jenkins and Isadora Jenkins. He was a member of Saint Monica Catholic Church and Cathedral Guadalupe Church. He will be laid to rest at the Dallas-Fort Worth National Cemetery on Wednesday, April 23, 2014 at 10:00 a.m.