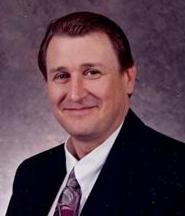 Gregg Jeffery Black, 54, a long time resident of Farmers Branch, Texas, and Roanoke (Fort Worth), Texas went to his Heavenly Peace Monday, April 28 after a lengthy illness and recent emergency surgery. He was surrounded by his loving family and the many caring members of his medical care team at Baylor Hospital in Grapevine, Texas.

Gregg was born on September 25, 1959 in Dallas, Texas to Mary Greenwood Black and Jack Black. He spent a few years in the Midwest, but most of his life was lived in the Dallas/Fort Worth Metroplex.

A graduate of R. L. Turner High School, he played little league baseball. He participated in wrestling with the YMCA Program and played Pop Warner Football on the Greenhill School Team. He was a Boy Scout. He loved scouting and was a member of the Order of The Arrow. He especially enjoyed a memorable trip to the Boundary Waters Quetico Canoe area, which he was able to share with his father Jack who was a Scout Master. He enjoyed drama club in High School, and he was known for his quick wit, outgoing nature, and compassionate and loyal friendship.

He was a man who loved to live life joyously…he loved to laugh…and he loved to help others to do the same. He had a long bucket list, much of which his health prevented him from fully experiencing. Some of the things he did love to re-live were adventures in Colorado…ski-mobiling, “tubing” skiing at Winter Park. He loved to fish in Minnesota….or in the creek in Farmers Branch….and even once in the Gulf of Mexico. He often recalled his glider ride, and family vacation experiences. He loved camping, and travel….seeing new places, meeting new people.

Gregg enjoyed reading; he was an avid Sci-Fi fan, a writer of poetry, a student of trivia…..full of information about many things which he loved to share.   He loved to fish and hunt, especially with his Dad. was a Past Master Councilor of The Order of DeMolay and had recently become an Entered Apprentice in James A. Smith Masonic Lodge.

He loved his family, and delighted in making or picking out little gifts for them throughout the year. He carried pictures of his Nephews and Niece and was constantly sharing their accomplishments in football or gymnastics or horsemanship as they grew up. He talked proudly of his sister’s professional accomplishments often, and loved special family get-togethers.

He had a talent for making jewelry, and he enjoyed making and using walking sticks…he and his father worked on this project together.

Gregg was a loving and caring man who helped many people get their lives back on the right path. He was generous to a fault, a wonderful son, a loyal brother and uncle and a brother in sobriety to countless others. He left very little of earthly value. But he was a person who’s presence made a large difference in many lives.

Contributions in his memory may be made to the Texas Scottish Rite Hospital for Children, 2222 Welborn, Dallas, Texas 75219, or the Salvation Army 1855 E Lancaster Ave, Fort Worth, TX 76103.

Please enhance this tribute to Black, Gregg Jeffery by adding your condolences or memories. Click Here

Jack; So sorry to hear about the loss of your Son. We are not supposed to bury our Children. I also lost a Child, a Daughter years ago. Keep the Memories alive to help overcome the Grief. My deepest smypathy and thoughts are with you.
May God comfort you and the Family. Colleen (thompson)Belcher.

Jack; So Sorry to hear of the loss of your Son. It is really hard to bury your Children. I went thru that years ago. Keep the memories alive and hopefully they will help overcome the Grief. My thoughts and prayers are with you and the family. May God comfort you thru all of this. My heartfelt Smypathy.
Colleen (Thompson) Belcher.

Jack and Mary, please know that we are praying for you and your family. God is merciful and will comfort you in the coming days. Blessings.

Mary & Jack, we are so sorry to hear of the loss of your precious son. We continue to keep you & your family in our prayers. Empty Nestor's, Judy & Phillip Bressinck

We are so soory for your great loss. Please know that you are in our thoughts and prayers..

I am so sorry, Jack, Mary, Vanessa and the entire family. This is a very sad news indeed. Hugs to you all, Laura

Mary, Jack and Family - What a lovely tribute to Greg! There was so much about him that we didn't know! His perpetual cheerfulness, humor and smile surely touched many lives in a positive way. He will be missed! Love, Jimmy and Mary

I am so sorry for your loss but know that Gregg is in a better place and is no longer suffering. Please know that my thoughts and prayers are with you in your days of adjustment and trust that God will sustain you. Gregg will be missed by all who knew him even if for a short time. My prayers to you all.

Mary and Jack, So sorry to hear of your loss. Know that we are thinking of you and keeping you in prayer. Empty Nester friends, Elaine and Larry

We were relative newcomers to Greggs huge circle of friends. As he was to many others, he was an inspiration to us. He'll be sorely missed.

Deepest condolences. Gregg had a larger than life heart. Even with the physical limitations he's had since I met him, I was constantly humbled by what he did to help others; more than I do with a healthy body. I'll remember him for his smile, his wit, and that personality that invariably made me feel welcome. He touched and helped so many. I'll miss him, but feel as if he'll be at heaven's door to welcome me.

Dear Mary and Jack,
Thank you for the email this a.m. You are brave people to handle the disappointments that you have had in your lives. We didn't know Gregg, but he seemed to follow his own course in life without much regard to cultural molds that are sometimes so empty. I appreciate the eulogy in this website - in reading between the lines I felt that I knew Gregg a little bit. We sympathize with your loss and will call you later.
love,
Dave and Barbara

my condolences to jack & mary Black and the rest of the family.i've been in texas a little over two years even though i have met many people gregg was the only person that i felt comfortable around.an honest and positive friend i found in him.may God welcome him into his kingdom. -Juan

Gregg was such an amazing example of what kindness personified is. I loved being around him, loved when I got to see him and joke around with him, and adored that smile he perpetually wore on his face. He will be terribly missed. Juan and I both feel very honored to be able to consider him a friend, even though now it hurts to see him go. I bet every lottery ticket is a winner in Heaven!!! WE LOVE YOU GREGG!!!!! -Amber