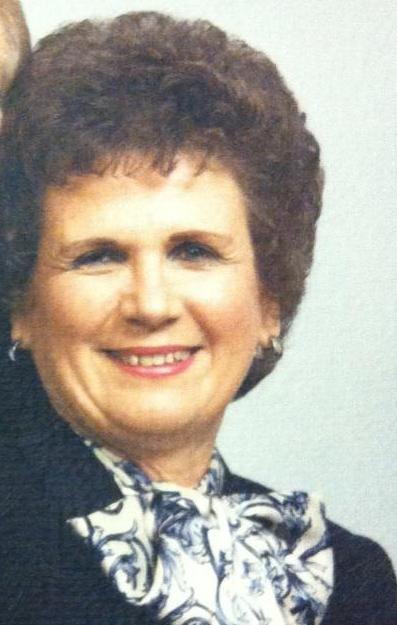 Peggy Reese Wright died just after 10 p.m. on April 28. Peggy had recently celebrated her 81st birthday, and was surrounded by her loving family in her final days.

Peggy was born to Elsdon Maurice Attlesey and Eleanor Robbie Attlesey on April 18 of 1933 in Reilly Springs, Texas.

On Nov. 2, 1951, she married the love of her life, the Rev. James Walter Wright, who says he knew he had found the woman he would marry the moment he met her. He held her hand as she passed on to be with the Lord after 62 years of marriage.

As the wife of a pastor, Peggy dedicated her life to Christ. During her husband’s sermons, home visits and other church duties, she never left his side, always expressing compassion and faith both in her love for James and for the Lord. Wherever God called James to lead, Peggy followed, always singing in her signature alto in the church choir as they traveled to Oklahoma, New Mexico, Wyoming, Kentucky and Arizona in service of the Lord, before finally settling back in Texas for good. Peggy’s singing did not stop at church, however. Wherever she went, her family recalled, she encouraged them to harmonize and sing along to her favorite hymns, especially on car rides.

Always putting her family first, Peggy was a meticulous provider. At the grocery store, she insisted upon traversing every aisle to make sure she had every item she needed. She frequently cooked meals for her children and grandchildren, and spent time with family playing dominoes and watching her favorite television soap operas. She will be sorely missed for all of this, but also for her kind heart, relentless courage and perseverance through years of medical issues, and sense of humor, which was easily understood by everyone who knew and loved her, even though she could rarely get to the punch line of a joke without crying from laughter.

The viewing is scheduled for 1 p.m. Monday, May 5 in the sanctuary of First Baptist Church Mesquite, 127 E. Kimbrough, Mesquite, Texas, with the funeral service immediately following at 2 p.m.

Her body will be interred at the Reilly Springs Cemetery at 6 p.m.

Peggy raised wonderful children, her legacy will live on. God bless you all!

Peggy was a special lady, she always had a smile on her face and a story to tell. She will be dearly missed, and by God's good graces my we all hear her singing to us from Heaven above!!
Much love and condolences, David, Cheryl and Ryan Long