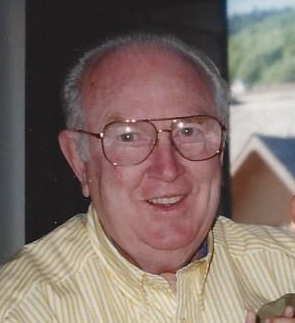 B.R. (Bill) Walker, Ph.D. passed away surrounded by “my three pretty girls” on August 5, 2014 after a long and valiant battle with Parkinson’s disease. Bill began his life’s journey on November 6, 1931 in his Great Aunt Bena’s house in Mount Vernon, IN. After graduating from high school in Evansville, IN he attended Tennessee Temple College in Chattanooga where he met his beautiful wife, Louise Grammer. They were married December 23, 1951 and enjoyed the adventure that was their life together until her passing in 1996. Always ambitious, Bill received his Master’s degree in Psychology from Baylor University and went on to earn his Ph.D. from the University of Southern Mississippi.

For most of his career Bill served in administrative positions including Superintendent of the Austin State School and CEO of The Center in Houston. He achieved many leadership roles in his lifetime including President, American Association on Mental Retardation; President, Association of Public Developmental Disabilities Administrators; and Chairman, Texas Special Olympics. In the 1970’s he was appointed by Governor Preston Smith as Chairman of the Texas State Board of Examiners of Psychologists. In his spare time Bill enjoyed his gun collection and investing in real estate.

The family will hold a graveside service at the Texas State Cemetery where he will be laid to rest next to his wife.

In lieu of flowers, memorials may be made to Community Hospice of Texas, chot.org or The Michael J. Fox Foundation for Parkinson’s Research, michaeljfox.org.

Please enhance this tribute to Walker, B.R. (Bill) by adding your condolences or memories. Click Here