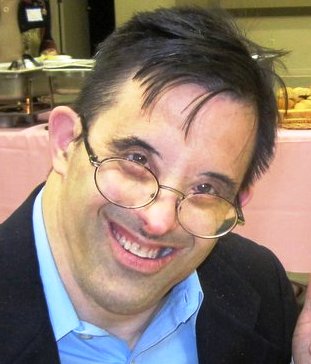 Charles (Charlie) Lawrence Baroff, passed away peacefully on Tuesday, March 25, 2014  Charlie was born on November 13, 1961 in Dallas, Texas, his parents was Rose and Walter Baroff.  Charlie was 52 years old at the time of his death.

He was a loving son and brother and never met a stranger.  He had a very full life and lived over 25 years at Community Homes for Adults (CHAI). He enjoyed participating in Special Olympics, competing in soccer, basketball and track. He will be missed by his family, as well as the residents and staff at CHAI.

He was preceded in death by his mother, Rose Mark Baroff.

He is survived by his father, Walter; sister and brother-in-law, Elise and Robert Donosky; neices & nephews, Jason, Jonathan, Jasmyne, Sofia, Drew, & Valerie Donosky. He had a special relationship with his cousins, Lynda, Jeff, & Brittany Markowitz, plus many other cousins and friends.

Please enhance this tribute to Baroff, Charles Lawrence by adding your condolences or memories. Click Here